All but three people earned either a Technician license or an upgrade to General. People earned both their Technician or General licenses. Congratulations to all the candidates for their hard work.

Thanks a million to all the people who helped especially the VE team. Correcting 30 exams and associated paperwork was difficult especially that we were short-handed by 2 VEs who had to cancel.

Special thanks to Hospitality for providing the coffee, cookies, pasties, doughnuts, and cold beverages that was served throughout the day.

Big thanks to Urb W1UL, for providing the pizza that was served in the afternoon session.

This is just a preliminary report because there were quite a few candidates who did the studying that could not attend the Saturday session.

Another class (possibly an Amateur Extra class) is planned for later on in the year. 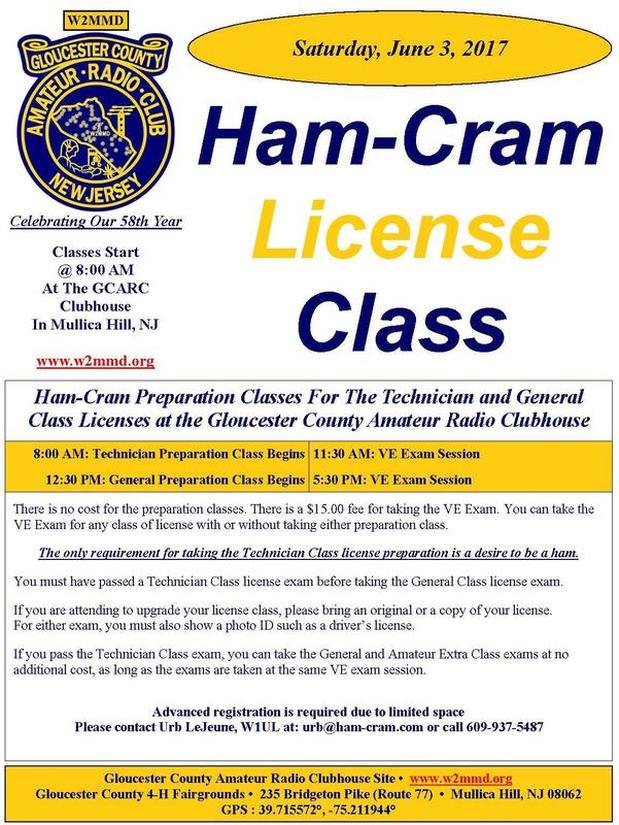 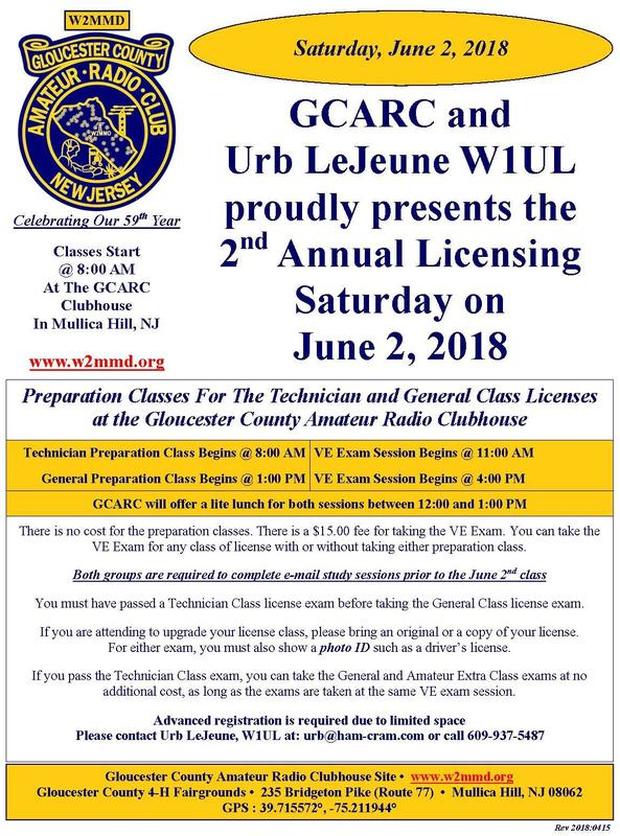 Thank you to all VEs and congratulations to the successful candidates.

The Second Licensing Saturday was a huge success because of equal parts of outstanding club member participation and dedicated enthusiasm on the part of the candidates. First let’s thank the club members.

VEs:
Gary N2QEE, the GCARC VE coordinator, did an extraordinary job. We were a little short-handed but Gary kept things moving.

Chuck WA2TML called and asked if we still needed an instructor. When I asked him if he was a VE he replied that his VE certification had expired but he would see what he could do. He called the ARRL VEC and they reinstated his VE certification and emailed him a temporary badge.Chuck was an instructor in the afternoon cram session as well as a VE in the afternoon session.

Jeff, WB2ZBN, officiated at both sessions as well as making sure there were drinks and snacks for the assembled masses.

Jennifer, KD2EYR, officiated at the AM VE session.

Urb W1UL officiated at both sessions.

Instructors:
Both the Technician and General Cram sessions had three 50 minute review sessions. There were different instructors of each session.

Lee. N2LAM, ordered and picked up the pizza.

Al KB2AYU stopped by dropping off cash for pizza purchase.

If I missed anyone I apologize and please let me know for the final newsletter version.

The expenses were well under budget. 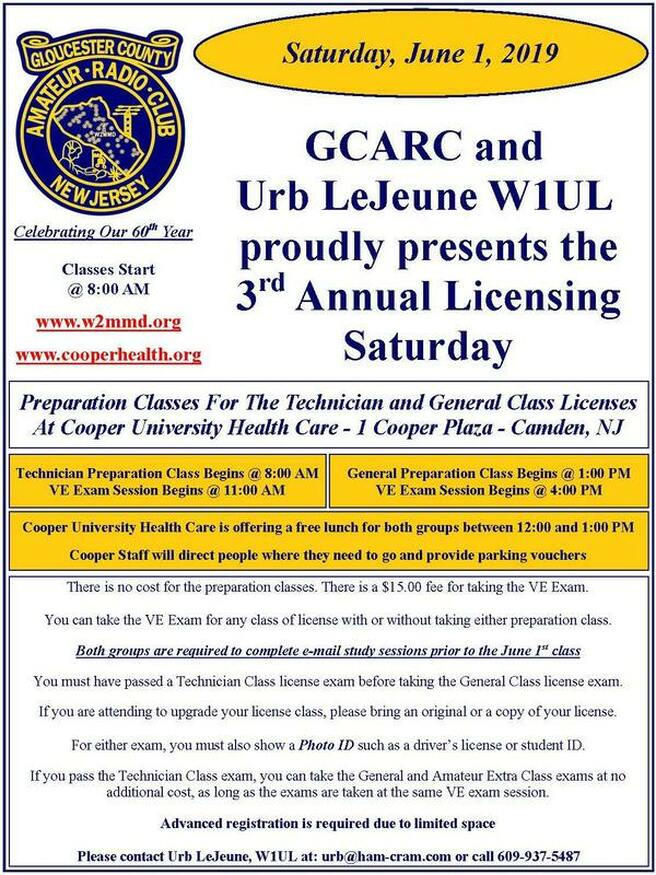 I wish to thank Cooper Hospital for providing the space and lunch for the attendees of the session.