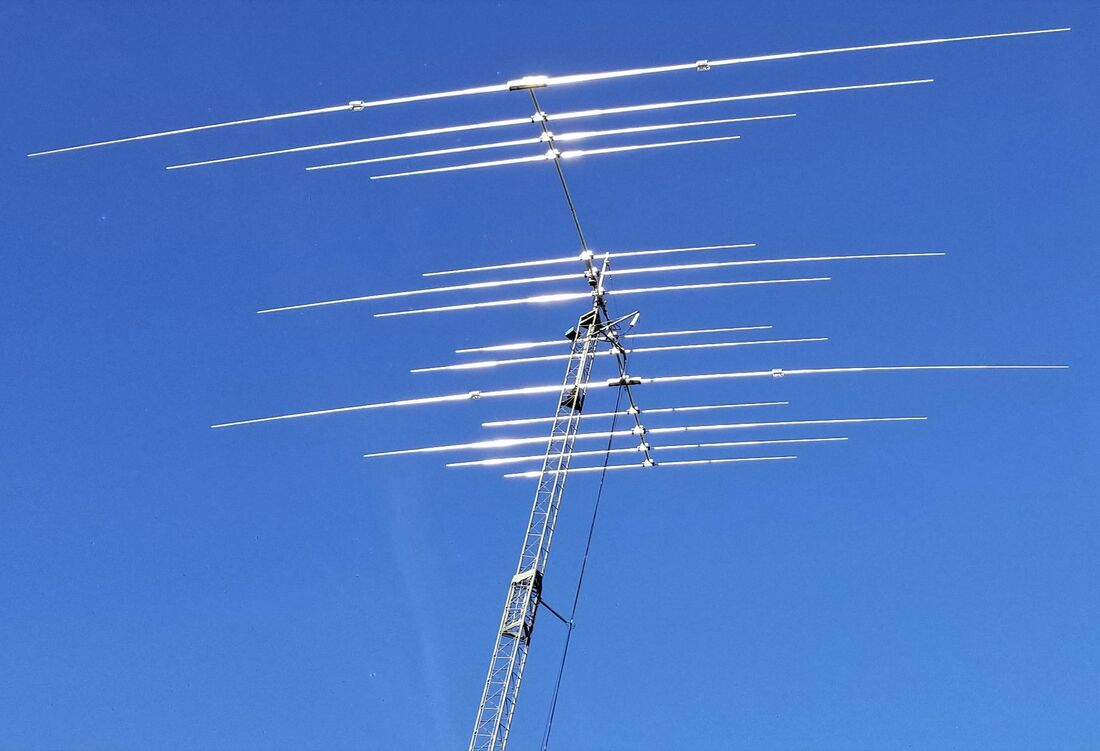 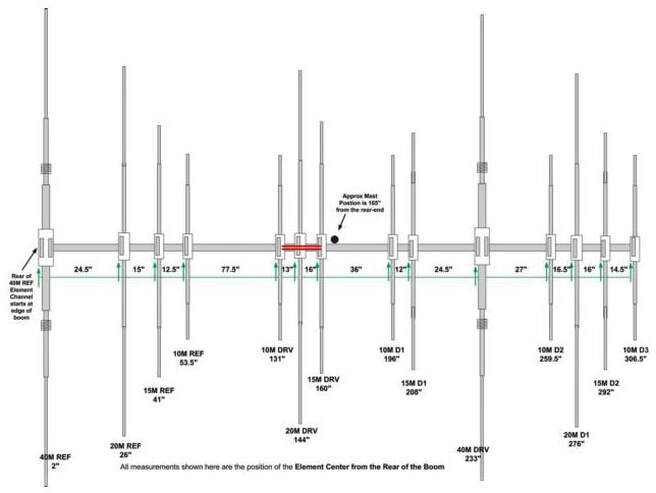 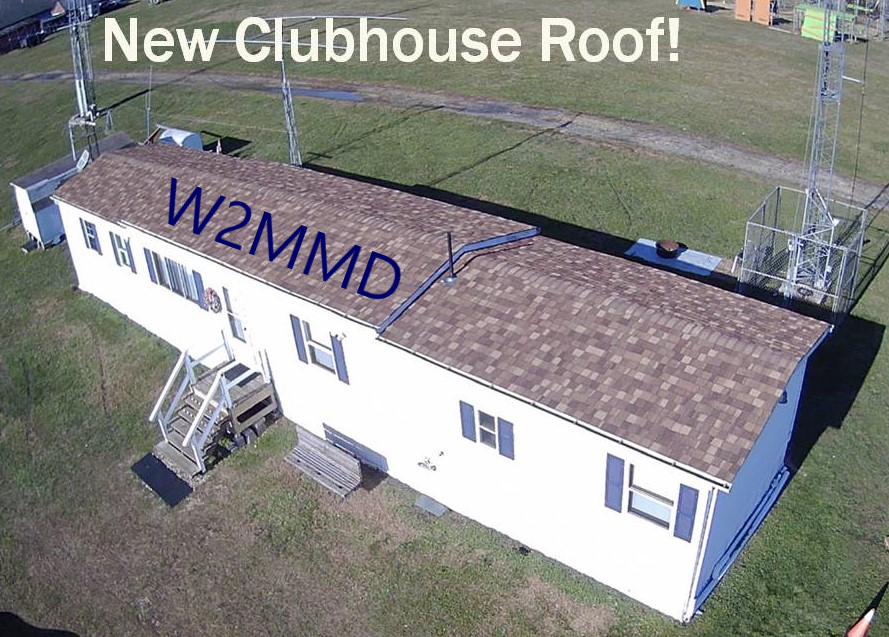 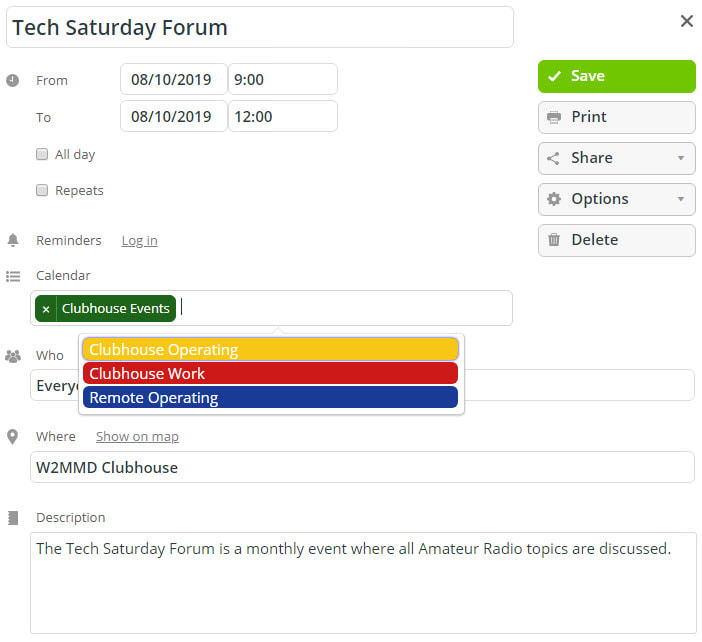 Whether you are going to the Clubhouse to operate or using Remote Operating, all members are required to use the “Clubhouse Calendar” on the website to book time slots for all operating.

1. There are two ways to access the Clubhouse Calendar : 2. Click on a date box. (See image above)
3. Enter the Event Title (e.g., CQ WPX CW Contest, Local Operating, etc).
4. Make sure the date and times are set. It defaults to “All day”, but un-check it to enter specific times.
5. Under the Calendar field, you have four options : 6. Under the Who field, just enter your name and callsign.
7. Under the Where field, enter W2MMD Clubhouse if you will be there, Home if you are remote operating.
8. Under the Description field, type a brief description of what you will be doing (e.g., remote operating for a contest, local operating, working, etc.).
9. Click Save.

Be advised that everyone is an administrator on this calendar, so yes, you can delete someone else’s appointment.

So let’s have a little respect for our fellow members and use this calendar correctly.
Remote HF Station : KPA1500 Amplifier Update – January 21, 2022
By John Hill, W2HUV

The KPA1500 amplifier has been available for six months now. It has been necessary to leave the amplifier power on to avoid spurious trips of the dedicated 15A Lightning Protection circuit breaker custom designed by Ron Block, NR2B. Ron determined that the corrective action would be to replace the 15A breaker with a 20A breaker. The new breaker was installed on January 8, 2022. I am happy to report that the issue has been resolved. The reason for the delay was that the breaker had to be custom assembled because it is one of a kind.

In short, you may disconnect and not worry about turning off the radio and amplifier. The radio is turned off if no one signs on within 60 seconds. There is five-minute timer that prevents anyone from turning on the radio until the delay is completed.

It was announced that the Remote HF Station was ready for prime time two years ago on 7/19/2019. An Elecraft KPA1500 Solid State Amplifier has since been added to the station. The station now consists of an ICOM IC-7300 transceiver, KPA1500 amplifier, 54’ crank-up tower with a 12/17 meter beam, a 10/15/20 meter beam, a 40 meter beam, a common rotator and an inverted-V for 80 meters. Free software available from RemoteHams.com is used for remote control. The RCForb Server is used at the Remote station (W2MMD-HF) and the RCForb Client is used at the Control station (your Windows laptop or PC).

Help topics are provided under “Remote HF Station” on the GCARC website. The help topics have been thoroughly reviewed and revised to reflect addition of the amplifier and other changes that have occurred, such as rotator replacement. Prospective users are encouraged to read “Getting Started” and install the RCForb client as directed. That includes sending an email to w2huv <at> arrl <dot> net requesting addition to the Authorized User list. The topic now includes "Amplifier Operation" and "Phone Operation" sections, which are crucial to a basic understanding of station operation.

Prospective amplifier users are required to attend training in small groups at the W2MMD Clubhouse on Tech Saturdays or by appointment.

​The AC7AV video http://youtu.be/lO5Da4fyt2k includes recordings of distortion generated by the RemoteHams.com audio compression methods as well as a work around. The work around is to mix a tiny amount of white noise with the WSJT-X audio output. Al Arrison, KB2AYU, and I have verified that this issue applies to the Remote HF Station and the Remote VHF Station (when it becomes available).

It is amazing that I have been making FT8/FT4 QSOs using the Remote HF Station since January of 2019 and never knew that there was an issue! As they say, “Ignorance is bliss”.

I have already tested the free Windows White Noise app (https://www.microsoft.com/en-us/p/white-noise/9wzdncrdfs44?activetab=pivot:overviewtab) available at the Microsoft Store with the CABLE Input (Audio Virtual Cable) output device and it does works.

An interesting observation is that there no longer is any ALC action. The ALC stays at zero. It is now apparent that the ALC increases as the noise builds up without the white noise and that most of the power output goes into the noise. The power level no longer exceeds about 45 to 50 watts.

I have completed rewriting the WSJT-X Operation.PDF help topic to incorporate the use of the free Windows White Noise app. Jeff has uploaded it to the website on the Remote HF Station page.
​
WSJT-X Integration Into N1MM+
By John Hill, W2HUV

The World Wide Radio Operators Foundation (WWROF) Slovenia Contest Club sponsored the first World Wide Digi DX Contest (WWDIGI) on Labor Day weekend. It was a tremendous success! It is likely to be followed by Digi versions of the popular ARRL and CQ DX contests. There was a frantic effort to update contest logging software in the weeks just prior to the contest to provide new features required. This included the folks that update the free N1MM+ software.

The N1MM+ approach to this challenge was to provide a “WSJT-X Decode List” that highlights stations in grid fields that are new, worked, or duped on each band in red, blue, or gray text. The same background colors are used to highlight the same stations in the “Band Activity” window of the WSJT-X clone. The clone is opened from within N1MM+ by opening the “Load WSJT/JTDX” window. Data is exchanged between the two via software linkage. N1MM+ CAT control must be used and is specified by selecting the rig “DX Lab Suite Commander” in the WSJT-X clone. There is no need to install “DX Lab Suite Commander”. 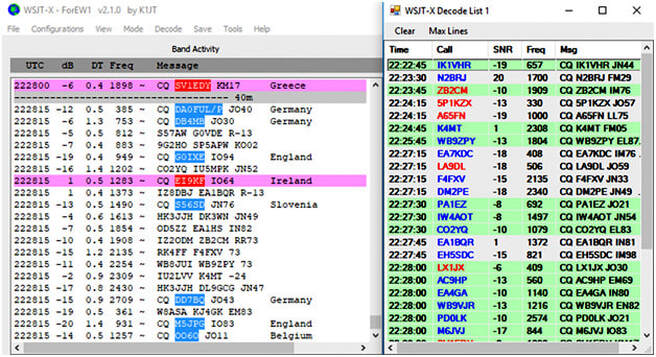 Other features provided are a “Grid Fields Map” added to the “Multipliers” windows and upgrading the “Generate Cabrillo File” option to provide the Cabrillo 3.0 file required for the contest.

I used this configuration while I was operating the Remote HF Station during the contest. Unfortunately, CAT control was lost frequently. My only choice was to close the clone, close N1MM+, open N1MM+, and open the clone. This was a real pain and had a big effect on my QSO rate. I later found out that this issue only occurred when the rig specified for CAT control was an Elecraft K3, which is the case when using the Remote HF station. The issue has since been resolved. The new configuration appears to work flawlessly now. I recently made twenty-nine 40-meter FT8 QSOs in an hour, which is near the maximum possible.

I have revised the Using N1MM Logger.PDF on the Remote HF Station page to switch to this method for FT8/FT4 operation.

Official instructions for using the “WSJT Decode List” with N1MM+ are located at :
​https://n1mmwp.hamdocs.com/manual-windows/wsjt-x-decode-list-window
​
Automatic Antenna Selection For A Remotely Controlled Station
By John Hill, W2HUV

The article describes how I added automatic antenna selection circuitry and LED indication to the tiny 3.75 × 2.75 × 1.75 inch box for the MFJ-4716RC remote control selector switch for the MFJ-4716 six-position antenna switch that we purchased for the Remote HF Station.

You’ll have to read the article for more information. I am very excited about it because it will be my first article published in a major magazine. Please look at it when the November issue of QST comes out. The digital version of the magazine should be available in the first week of October.

Years ago, I was taught “Never assume anything” and “Have a questioning attitude”. Occasionally, I forget to apply these rules. I assumed DX Commander would be required for WSJT-X operation because it is required when I am operating a RemoteHamRadio.com station. I received a call from Eric, N2BRJ, a few days ago. We discussed anything that came to mind regarding use of the Remote HF Station for about an hour. Eric brought to my attention the fact that he couldn’t get DX Commander to work, so he tried not using it (an example of having a questioning attitude). Much to his surprise, it worked! I tried it and had the same experience!

I have since revised WSJT-X Operation.PDF to eliminate the use of DX commander. This also eliminates the need to use the client’s local VOX to transmit because setting the WSJT-X PTT Method to CAT now does the same. The changes have significantly reduced the complexity of getting setup for WSJT-X operation. Thanks for the call, Eric!

Please don’t hesitate to call me on me if you need help or have comments. I am retired and have plenty of time on my hands.

The Remote HF Station is finally ready for prime time. The station consists of an ICOM IC-7300 transceiver, a 54 foot crank-up tower with a 12/17 Meter beam, a 10/15/20 Meter beam, a 40 Meter beam, a common rotator and an inverted-V for 80 Meters. Free software available from RemoteHams.com is used for remote control. The RCForb Server is used at the Remote station (W2MMD IC-7300) and the RCForb Client is used at the Control station (your Windows laptop or PC).

Help topics are provided under “Remote HF Station” on the GCARC website. Prospective users are encouraged to read Getting Started.PDF and install the RCForb Client as directed. That includes sending an email to w2huv <at> arrl <dot> net requesting addition to the Authorized User List.
​
Remote HF Station : Summer EURAO Party Premier Of FT4
By John Hill, W2HUV

The new European Radio Amateurs' Organization (EURAO) and the Summer EURAO Party were introduced in the ARRL Letter for July 18, 2019. The party was a gathering of FT4 users that occurred on the weekend of July 27 - 28 for 24 hours starting at 1200 UDT on Saturday. I took advantage of the gathering to try out FT4 for the first time using the Remote HF Station. It looked like a great way to practice for the WW Digi contest to take place on August 31 - September 1 sponsored by the World Wide Radio Operators Foundation (WWROF), in collaboration with the Slovenia Contest Club (SCC). It was announced in the same ARRL Letter.

It didn’t help that I didn’t previously read Jim Wright, N2GXJ’s excellent article, “How To Fix Frequencies List To Use For FT4” under “The Elmer’s Shack” on the GCARC website. His articles are not just for newbies, they are for everyone!

Anyway, it turns out that the frequencies listed in the EURAO Party announcement for 80, 40 and 20 were incorrect! I determined the frequencies needed by observing the frequencies used by stations monitoring FT4 transmissions on those bands on the PSKREPORTER.

I must say that I enjoyed FT4 operation more than FT8 operation due to the rapid pace. It felt more like I was in a contest.

Here are my statistics for the “gathering”:
You too may use the Remote HF Station to operate in the FT8 and FT4 modes. There is some preparation required though. Read WSJT-X Operation.PDF located under “Remote HF Station” on the GCARC website for more information.