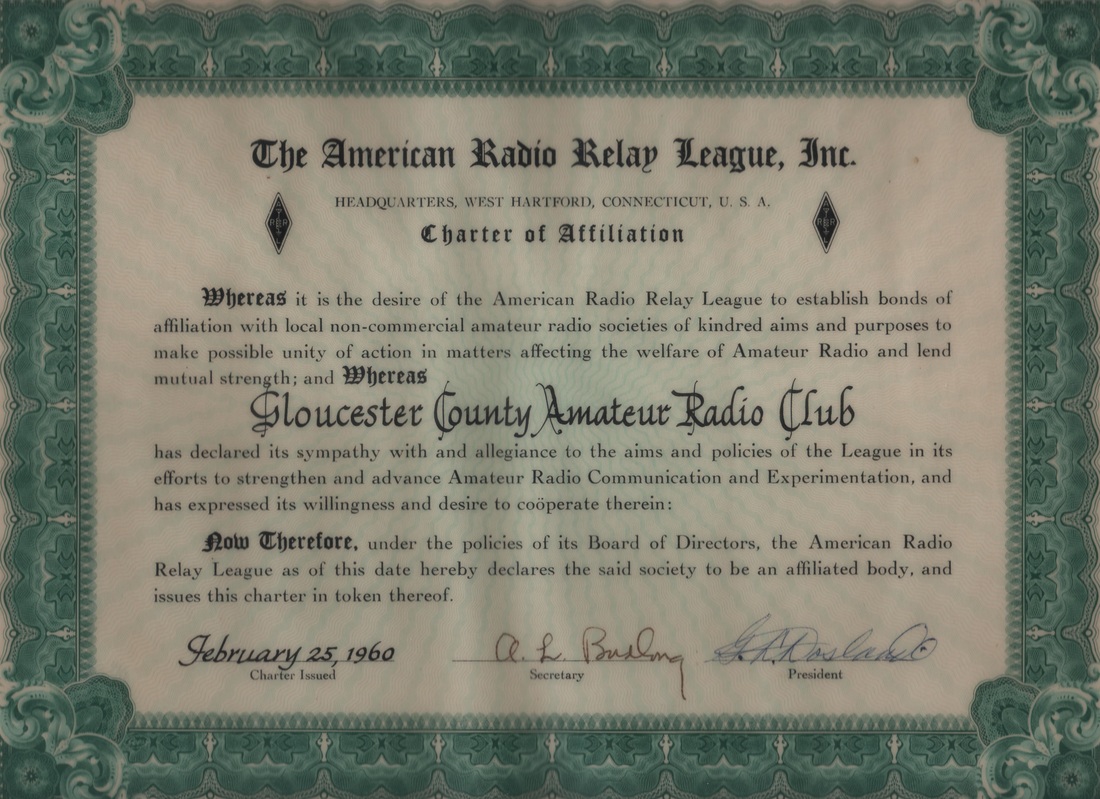 Most amateur radio clubs have their own callsign but what a lot of club members don't know (myself included) is how it came to be. We all know one cannot just pick a call from random and ask that it be assigned to a particular organization. So I checked in with Doug, WA2NPD, and he had the answer.
​
"When the Club was first founded (1959), they applied for a club call and were given the call WA2NGI. Well, there was some grumbling because many club charter members were old timers, many had 1 x 2 calls, etc.  Others thought WA2NGI was OK, had a nice CW ring to it, etc. About 5 years after the Club was founded, one of the founding members, namely Mal Mason, W2MMD, passed away. His family wanted to remember him by having the club adopt his call. Now, Mal wasn't just anybody, he was a past President (1962), a club director, head of the Club station project, had arranged for us to meet at the Owens Illinois Club Room, and, otherwise, a very active member. His death was  a blow to our Club. It was unanimous that we adopt his call as our Club call, and the necessary paper work was carried out. We have been W2MMD since 1968.