70 Centimeter Repeater
September 28, 2022 update: Repeater Back On The Air
This Repeater Has Both Conventional FM Plus C4FM FDMA Capability
Yaesu System Fusion DR-1X 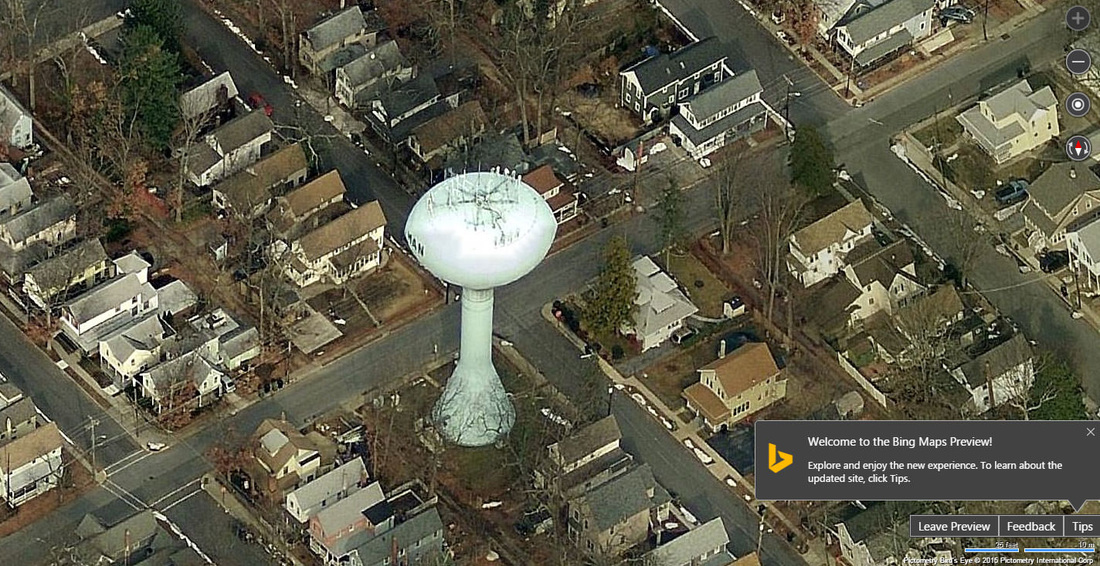 Pitman Water Tower : Home to the 2 Meter, and 70 cm repeaters 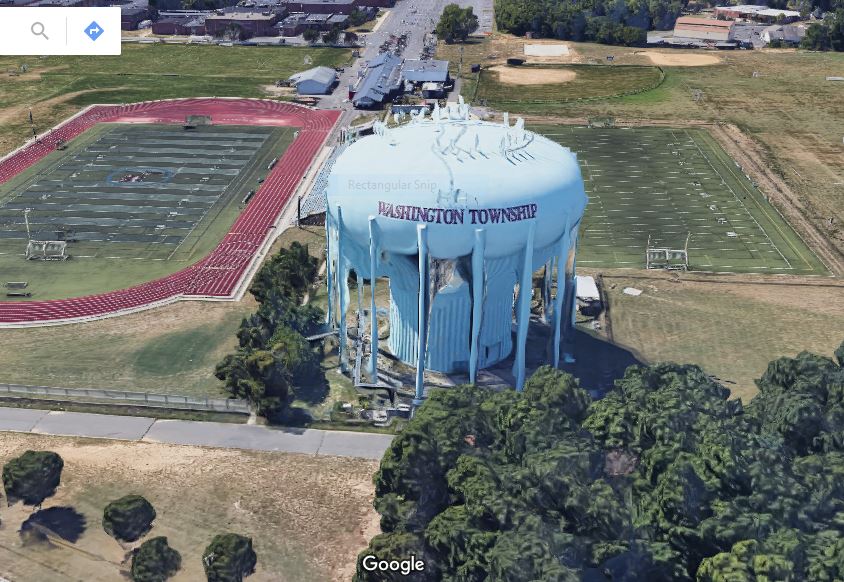 If you look at the photographs, you will notice that the 2 Meter antenna is mounted on a piece of two inch rigid pipe, approximately two feet tall with four gusset welded supports to the top of the water tower. The outside diameter of the pipe measures around 2¼ inches. The inside diameter is 2 inches, rigid pipe. It is in close proximity to several metal supports which is causing some deflection with the antenna.

I propose to install a 2½ to 3 foot threaded pipe extension with a two inch threaded coupling. Also install a four foot long, 1½ inch diameter sleeve inside the 2 inch support mast for additional support. And then install the new antenna with existing mounting brackets that are supplied with the old antenna, using new hardware.

My concern is that off the existing two inch hardline, there is a ½ inch hardline whip approximately five feet long that may come up approximately two feet short after raising the new antenna. By extending the whip, the trip hazard is reduced on the platform of the water tower.

​This job, with proper preparation, should take four hours with three men.

As you know, we are in the process of major updates to our repeater systems at the Pitman water tower site. This transition started with the replacement of our older analog systems with new dual mode analog/digital capable System Fusion machines. In November, engineers from Tekk Comm Communications performed a comprehensive on-site site repeater and antenna system survey and diagnostics, inclusive of testing the antenna systems, filtering, cabling, and receiver sensitivity. A technical report detailing the findings was delivered to GCARC, which we published to share with the general membership in the December edition of Crosstalk. We discussed the findings from the report at the December general membership meeting, and then developed an action plan to proceed with implementation of the recommendations.

Since then, we have corrected the electrical wiring with conduit, replaced the prior duplexer, replace all transmission line jumpers with proper connectors installed, mounted the equipment properly in a 19 inch equipment rack on a new ground pad, and installed proper grounding to all related equipment. Field measurements show a marked improvement in performance already, and that is without yet having replaced the antenna. That is next on the list. We have purchased the replacement antenna for 2 meters, and it was received at Tekk Comm’s office. Recently, we re-located the antenna from Tekk Comm office to storage inside the base of the Pitman tower, in preparation for its installation. We are now waiting on the climber’s availability, and favorable weather, to do the top-side installation. The intention is take down the old antenna and put up the new one all in the same day, without impacting the Sunday SKYWARN and ARES nets.

So, how is our current coverage, even before the new antenna gets installed? There are ‘before and after’ measurements taken with variable output powers from fixed locations showing a noticeable improvement in receiver sensitivity. There are anecdotal reports of hand held transmitter users now being able to get in from locations where formerly they were not able to. And there is a library of over-the-air audio recording taken of various nets before and after the work that has been done that can be analyzed for comparison. However, as they say, “your mileage may vary”. Among other things, your antenna height, transmitter power, distance, and the ground topography and how many building or trees there are between your location and Pitman tower site are all going to make a big difference in how well, or if at all, you are going to make it into the repeater.

As the saying goes, your antenna height is likely to make the biggest difference on 2 meters. If you live in a low-elevation area, or if there is a hill or other obstruction between you and the repeater site, it is going to make a big difference in determining if you are going to get in on an HT or not. From certain locations, particularly in the southern part of the county, in the direction of Vineland, your only choice may be to use a roof or mast mounted antenna. Not believing me? Then let’s take a look at a computer generated predicted coverage map for a person holding an HT, with the HT approximately 5 feet above ground, with the larger colored area in the output representative of trying to get into our repeater using a hand held radio, at 5 watts, with a rubber duck antenna. See the picture below. 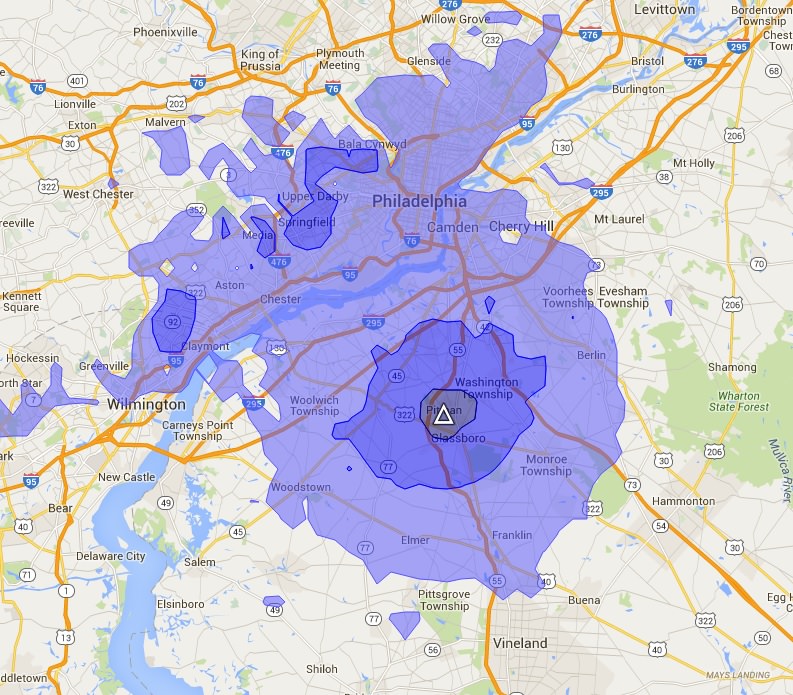 Figure 1 : Predicted coverage area for hand held radios attempting to access our 2 meter repeater
​The predicted coverage pattern is seen not to be symmetrical in all directions. Apparently, the ground elevation is not as constant and flat as we like to think it is here in Southern NJ! Surprisingly to me, predicted coverage from a hand-held into our repeater is actually quite good towards the North and Northwest, in the direction of the low lands around the Delaware River and up into portions of the state of Pennsylvania, and even towards the West Northwest, into portions of the state of Delaware. The predicted coverage for getting into our repeater holding an HT is not as broad reaching towards Vineland and the South. Even though ground elevations in Newfield and North Vineland are lower than those in Pitman, it would appear that the higher ground in Clayton, which is between Pitman and these lower grounds, might be blocking some of the line of sight, casting a “radio shadow” so to speak into some of these lower lying areas to the South. In general, if you find yourself outside the hand held coverage area, or in the fringe of the predicted coverage area, you might consider ways to elevate your antenna, to improve your chances of having a clear line of sight to the Pitman tower site.
​ 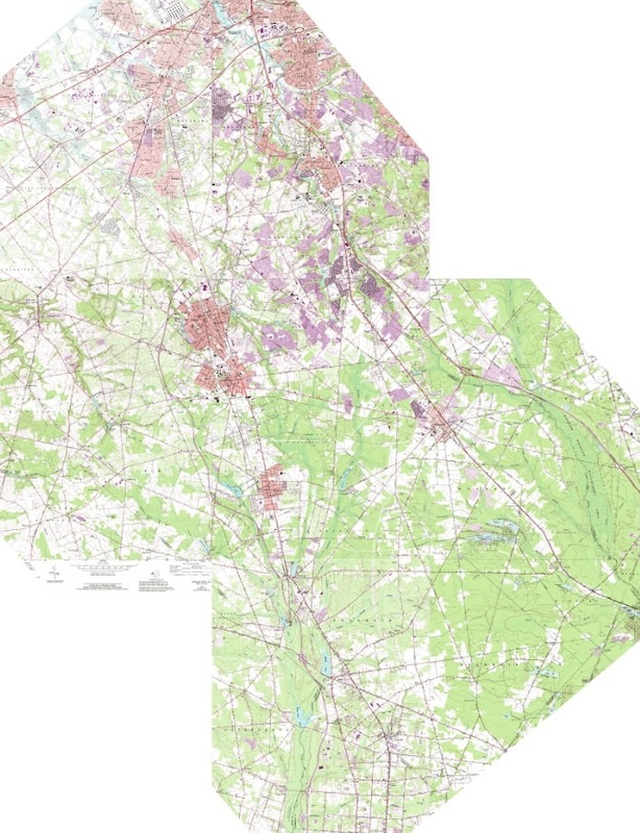 As we talked about would be soon happening during our last club meeting, I'm happy to announce the first phase of work has now been performed in the base of the Pitman tower site. On January 9, Tekk Comm, and members of your repeater committee, spent most of the day installing a new equipment rack on the new pad previously installed, placing the 440 and 2 meter machines in the rack, and most importantly, upgrading the filters and jumper cables to those filters. These machines are now powered from the new electric service that Bill (NJ2S) previously installed.

So how does it play, and what are next steps? Initial field measurements on non-windy days show a measurable improvement in receiver ability to pick up and repeat weaker signals. As reported by several club members, in some instances, simple hand held HT are able to key up the repeater from locations where they could only marginally do so before. In a separate "before and after" comparison from ARES/RACES member Ed’s (N2RO) Franklinville NJ QTH, analog signals that would break up and were near unintelligible when transmitted from the test location at 7.5 Watts, are now able to hold the repeater at that power level, and are intelligible (though scratchy) down to below 1.5 Watts of transmit from the same location. That is a measured improvement!

​Please give our 2 Meter repeater a try from your QTH, starting at a higher power and voicing your location and power level for the recordings that are still being made for all the over air transmissions. Then reduce your power levels, announcing the changes, on down to where your buddies say they can no longer copy your signal. That will help us for the next phase. Just to be clear, our work is not done, as this is being written prior to antenna replacement. Prior to antenna replacement, when it is windy, we continue to note fluctuations in output power received from the repeater's transmissions, and very distracting cracking in the transmitted audio.

As voted upon at general membership meeting late last year, we authorized purchase of a replacement antenna, and the committee has moved forward to do just that. The old one that has served the club well over these past few decades, but it's time to retire it. With some luck, the new antenna will be able to be installed in the next month or two, but is highly dependent on good weather and alignment with people’s working schedules. We’ll send an update email to the membership when that next step has been accomplished. A big GCARC thank you goes out to Tekk Comm, and Mr. Bendy (KC2YWJ) in particular, and to all the members of the repeater committee who have gotten us this far.