Russel W. Glans, of Williamstown, NJ, formerly of Haddon Heights, age 82, on January 2, 2013. Russel served in the US Army during the Korean War. He worked as an Electrical Engineer for ITE Circuit Breakers in Philadelphia & later owned & operated, along with his wife, Morlite Kennel in Williamstown. He was a Life Member and 1983 president of the Gloucester County Amateur Radio Club (N2ASV), a member of Medford Lodge #178 F&AM, Lulu Temple Shrine of Philadelphia, Deptford Elks, Williamstown American Legion Post #252 and past president of Williamstown Kiwanis.
Beloved husband of 54 years to Suzanne Glans (nee White). Loving father of Keith Glans (Tonya) & Kelly Glans, both of Williamstown. Grandfather of Kenneth & Joseph. Dear brother of Lily Samuelson of TX.
Relatives and friends are invited to his viewing on Sunday 6-8pm and on Monday 10-11am at the FARNELLI FUNERAL HOME, 504 N. Main Street, Williamstown where a service will be held at 11am. Burial will follow at Hillcrest Memorial Park, 550 Delsea Drive, Sewell. In lieu of flowers contributions may be made to the Gloucester County Animal Shelter, 1200 N. Delsea Drive, Clayton, NJ 08312. To sign the guestbook online please visit, www.farnellifuneralhome.com.

Members,
Although the loss of an old friend maybe hard to take, I am at ease that he is in good hands and I will see him again.  Please let the membership know that there be a Masonic Service at 8:00PM on Sunday evening, January 6, 2013.  Just as Amateur radio crosses many walks of life, so does the Masonic Fraternity. We are all connected in some way, enjoy life while we can. 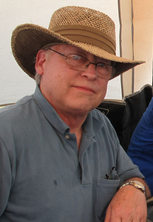 It is with great sadness that we report on the passing of Stuart Cleveland, N2WUP. Stu has been a club member since 1994. He was a club officer and committee chairman at various times during his club membership.


Stu was born in Oak Park, Illinois on March 27, 1944. He died on March 12, 2014. Stu resided in Laurel Springs. He is survived by his wife, Susan, two daughters – Catherine and Heather, five grandchildren, two brothers – Keith and David, and a sister – Rebecca.


Stuart served in the US Air Force during the Vietnam War. He was a computer technician for Rowan University until his retirement in 2011. He was a member of the Delaware Valley Earth Science Society and the Camden County Emergency Management Team. Share memories at www.oralwoosterfuneralhome.com 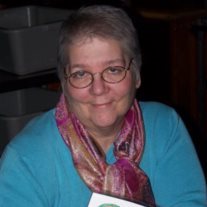 Marla Bozarth (nee Rosenberg) age 58 years of Wenonah died Saturday May 24, 2014 in Inspira Hospital, Woodbury. Mrs. Bozarth was born in Woodbury and raised in Deptford. She graduated from Deptford High School class of 1974 and Gloucester County College. Mrs. Bozarth worked for Pine Acres School as a teacher’s aide. She was a Past President of the P.T.A. and Gloucester County Amateur Radio Club. Mrs. Bozarth enjoyed embroidering for her business “Keep You In Stitches”, making t-shirts, doing crafts and her pet dogs.
She is survived by her husband of 34 years, Kenneth Bozarth, KN2U, of Wenonah; her sons, David Bozarth of Wenonah; Will Bozarth of Wenonah and his fiancé, Laura James of Maryland; her grandson, Ayden Bozarth; her mother, Goldie Rosenberg of Woodbury; her sister, Carol Fox of England; her niece, Ilana Fox and her nephew, Ben Fox. Mrs. Bozarth was predeceased by her father, Samuel Rosenberg.
A Memorial Service will be held at 11 AM Thursday May 29, 2014 in Congregation B’nai Tikvah – Beth Israel, 115 East Holly Ave., Pitman, NJ 08080. Relatives and friends may visit with the family after 10:30 AM Thursday until service time. Inurnment Private.