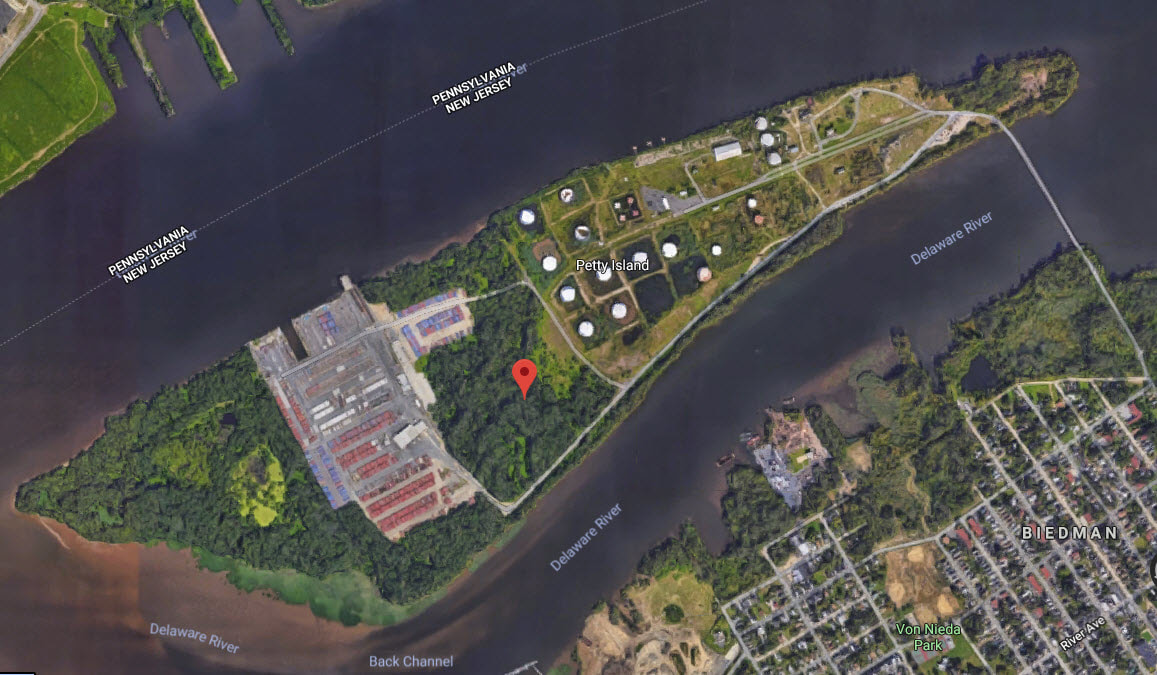 The Petty's team crushed the qualification requirements for the US Islands Awards Program this morning, with over 100 contacts in a 2.5 hour time span. Also, CITGO and NJ Wildlife Trust gave us the chance to use better operating positions than initially shown back in September close to the administration building which gave us the luxury of a rest room and a black top parking lot. They were very happy with our presence there.

It looks like we can get back there sooner than April 27 but not too soon because it was freezing out there. If I know of a "thaw" a week in advance, I can contact them and we can get back to "activate" the island for the program.
​

As we are getting closer to December 8th for Petty's Island, I want to make sure that the team signed up for the qualification understands what will be happening for that day.

1. Everyone will meet at the guard shack, just before the bridge, on 36th Street, Pennsauken, by 8am. If you are late, you will not be able to get on the island.
2. There are no rest rooms on the island. We will not be allowed to leave and come back during the time allotted to us.
3. There are no trailers, RV's or large vehicles allowed on the island. Everyone must come with a standard passenger car, pick-up truck or van. I would suggest that you bring a folding table/chairs to be operational. There are trees at the perimeter of the parking lot, but there are also power lines that have to be accounted for.
4. There is no power available to us on the island. All operators can bring small Honda style generators or use battery/solar power.
5. Operators can set up tents/canopies in the space that is designated for our operation.
6. We are only allowed to operate in the parking lot area of the island. There will be no one allowed to go beyond that area for any reason. I think the parking lot area is about 5 acres.

I think it will be a great time for all who will be participating. Any questions, please advise.
​

The Petty's Island Team will meet-up at 7am, at the Penn Queen Diner, 7349 North Crescent Boulevard, Pennsauken. From there, we will go to the island which is only a few blocks away. If you can't be at the diner, please be at the island guard shack on 36th Street before 8am.


Our second phase, "Activation" date, on Petty's Island has now been moved up to April 27, 2019.  So, we won't have to wait nearly a year to return to the island.

Activation is any subsequent operations from a US island once it has been qualified. You are NOT required to contact the QM to activate an island. There is no minimum number of QSOs required for an activation.

I think we should operate 3 bands (15M, 20M and 40M) instead of the two bands originally proposed. In my outdoor adventures at Mary Mazza Duffy Park, I have found 15 Meters to be active enough to have QSO's during the middle of the day. In fact, most of what I have heard on 21 MHz has been DX.

Also, I have put our operation on the USI Calendar for December 8th. Any questions, please advise.
Petty’s Island Update 2
By Mark Gottlieb, KK2L
October 24, 2018

“Good Evening Mr. and Mrs. America and all the ships at sea”...W2MMD has been granted full permission to qualify Petty’s Island on Saturday, December 8, 2018. The project will begin as early as 0800 Hours and run through 1230 Hours. Two stations will operate on 20M and 40M and must gather 25 contacts including 2 DX contacts for the qualification phase. Canada and Mexico do count as DX contacts

Just a reminder, under the US Islands Awards Program, an island has to be qualified before it can activated. Petty’s Island has never been qualified. This will be the first event of this kind for our Club.

In addition, W2MMD has been granted full permission to activate Petty’s Island in September 2019. This can be officially published on our website and elsewhere.

It should be made clear to all that security is very much on everyone's mind at Pettys. We have to show up on time to gain access since we have to sign on to the roster of those on the property at any one time.

If you would like to help out in any way with working this great Club project, please see me at the next meeting or e-mail me at : kk2l <at> comcast <dot> net.
Petty's Island Update 1
By Mark Gottlieb, KK2L
September 25, 2018

After meeting with the New Jersey Audubon Society on the morning of September 22, 2018, on Petty's Island, I can now confirm that we will be allowed to activate the island for US Islands Awards Programs. As discussed this is a two step process. It is likely that we will be able to "Qualify," as per the rules, the island in December 2018 (see rule below). They will give us about 4 hours to get 25 contacts including 2 DXCC. I think we can do that with two operators on two bands.
During the Spring we will have another event on the island where we will "Activate" the island as per the rules. During this visit we will be given at least 4 hours, most likely more, to make as many contacts as we can.

Activation is any subsequent operations from a US island once it has been qualified.
Remember, this is battery/solar power only and we do not have restrooms on the island.

I think we can say Mission Accomplished on this one.
Petty's Island - A Wikipedia History
https://en.wikipedia.org/wiki/Petty_Island

Petty Island was called "Shackamaxon Island" after the local Shackamaxon village of Lenni Lenape, "Aquikanasara" by Swedish explorer Peter Lindestrom in 1654, and "Treaty Island," the latter likely named after the Penn Treaty by the Manderson Family, who in 1852 bought most of the land. The island was originally bought from local chiefs by Elizabeth Kinsey, a Quaker who had fled persecution in England. William Penn owned the island after Kinsey; John Petty, its namesake, bought it in 1732. The island was a hotbed for gambling and dueling in the 18th and 19th centuries, and acquired a reputation for lawlessness and danger; adding to this danger was the large number of shipwrecks which occurred around the island, some of which are still visible at low tide. Ralston Laird, an Irish immigrant, moved to Petty Island in 1851 and became a farm manager there, living on the island for nearly 60 years and eventually being proclaimed its "king".

In 1971, the Philadelphia Bicentennial Planning Committee proposed using the island as a World's Fair style exposition site for the 1976 Bicentennial celebration. These plans were unsuccessful, however, and the park was never built. Petty Island is currently uninhabited, the last residential structure having burned down in 1964. It is owned by Citgo, which formerly used the island for fuel storage. Additionally, until 2018 Citgo leased portions of the island to Crowley Maritime, a shipping company. Citgo also formerly leased to Koch Industries, an asphalt manufacturing business. The western end of the island is undeveloped and forested.

In the early 2000s, local politics in Pennsauken turned to Petty Island as a centerpiece for waterfront redevelopment, with residents and politicians hoping to install restaurants and a golf course on the island. Environmental groups opposed these measures because of a pair of bald eagles living on the island.

Venezuelan President Hugo Chávez announced in April 2009 that the Venezuelan Government (owner of CITGO) would donate the island to New Jersey for environmental preservation. The New Jersey Natural Lands Trust has been granted a conservation easement for the entire island, with ownership to be transferred from CITGO to the Natural Lands Trust by 2022, when the cleanup of the island's former petroleum operations is complete.