The following excerpt is from David Sheppard, W2PAX, grandson of Gurdon Cooper.

"I have many good memories of his association with amateur radio, such as the hamfest at the Mullica Hill 4H grounds, and tagging along with him while he worked the Cancer Society Bike-A-Thon between Philadelphia and Atlantic City. I was probably the only fourth grader in Gloucester County that knew where the Elm fire house was! He also had an eternal love of the GCARC."

"Without a doubt, he was far more dedicated to the club there than he ever was here in Florida. In fact, he never got rid of his President’s name badge from the GCARC, and I still have it. His love of amateur radio has driven me to get licensed as well."

"The black and white photo is the only known photo of him with ham equipment.  This was taken when he lived in the old farmhouse on Asbury Station Road at the railroad crossing. His "shack” was in the attic. The date of the photo is approximately 1951. The other was taken while we were on a fishing trip in Florida around 1988." 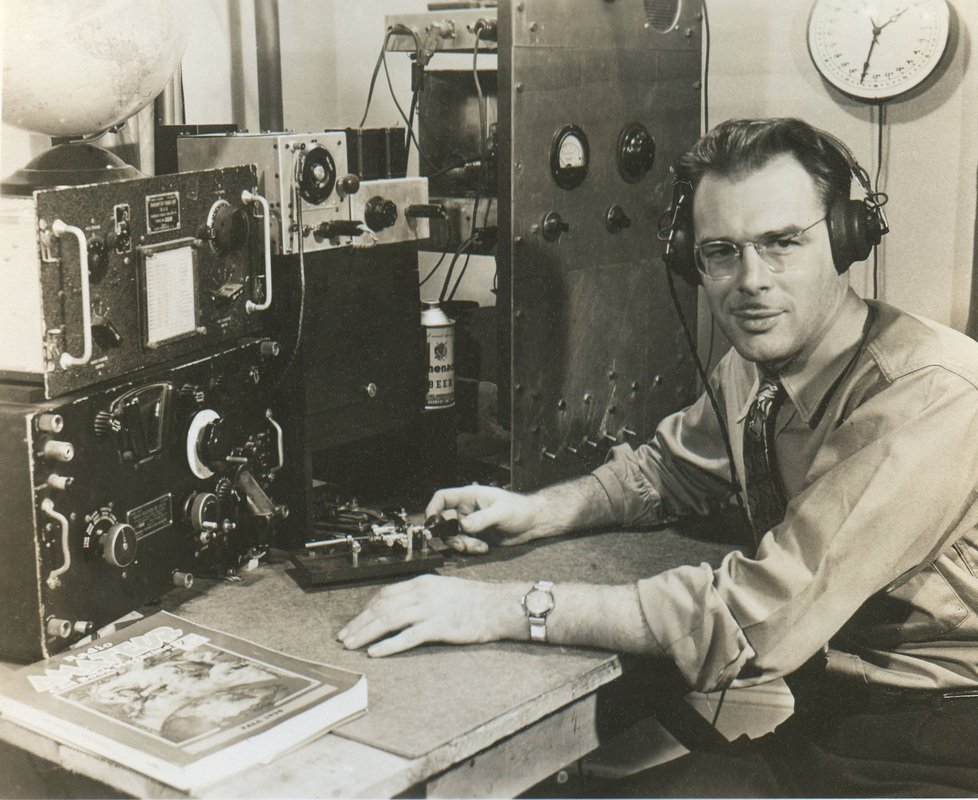 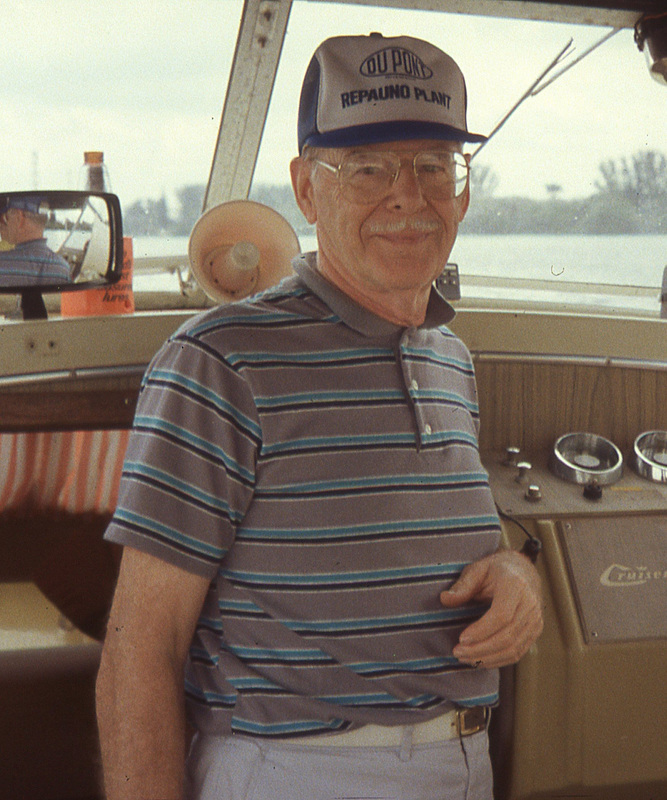